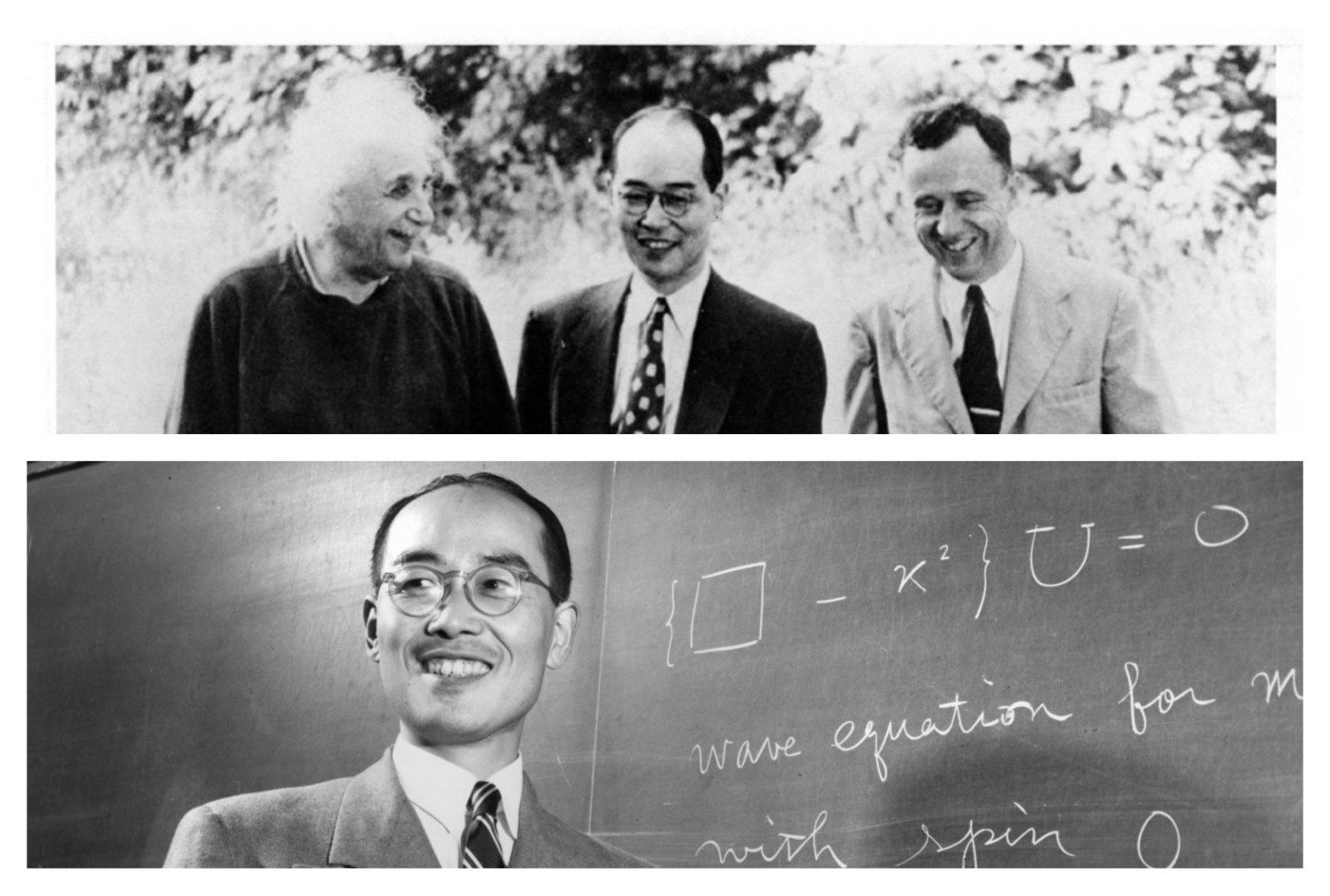 [Once I had published my seminal 1934 paper on particle interaction] I felt like a traveler who rests himself at a small tea shop at the top of a mountain slope. At that time I was not thinking about whether there were any more mountains ahead. [Yukawa’s autobiography]

Hideki Yukawa (湯川 秀樹, Yukawa Hideki, birth name: Hideki Ogawa) was a Japanese Theoretical Physicist and first ever Japanese to win a Novel prize. Yukawa was born as Hideki Ogawa on 23 Jan. 1907 in Tokyo and grew up in Kyoto. His father was professor of Geography at Kyoto University where Ogawa did his graduation in 1929. He was impressed by a famous Japanese physicist of pre-quantum era, Hantaro Nagaoka. Which he described as one of the factors to drive him towards becoming a Physicist.

After graduating from Kyoto University, he worked there as a lecturer for four years. In 1932 he got married to Sumi Yukawa and changed his surname from Ogawa to Yukawa as he was adopted by his father in law due to Japanese customs (his family had many sons while his father in law didn’t have any). In 1933, at the age of 26 he joined Osaka University as an assistant professor. One of his high school classmates who also studied Physics at Kyoto University was Sin-Itiro Tomonaga. Tomonaga later in 1932 joined Yoshio Nishina’s research group at Tokyo. Tomonaga shared Nobel prize in Physics with Julian Schwinger and Richard P. Fynman in 1965.

In 1931 spring, Yoshio Nishina, who was considered as father of nuclear physics in Japan was invited for a lecture to the faculty at University of Kyoto about Heisenberg’s Die physikalischen Prinzipien der Quantentheorie (1930). This lecture transformed Yukawa, he later said Nishina “carried with him the spirit of Copenhagen.” At that stage of quantum theory there was not much known about the elementary particles and there was very less knowledge about the nucleus. Fermi considered beta particle disintegration as a reason of interaction between proton and neutron by emitting and adsorbing a pair of electron and neutrino.

In 1935 he published his theory of Mesons, modifying the theories of Heisenberg and Fermi about the interaction between protons and neutrons. He predicted a new particle responsible for proton-neutron interaction to be about 200 times mass of electron. Soon after his prediction, first meson was discovered by Carl Anderson. It was 207 times than electron, very close to Yukawa’s predicted particle. But this was not the particle Yukawa described and it was named as mu-pion or muon. Later a particle pi-meson or pion was discovered in 1947 in cosmic rays and then were produced in Berkeley’s cyclotron in 1948. Yukawa became a professor at Columbia university in 1949 and in the same year he won Nobel Prize for his work on Mesons.

Neutrons, Protons and mesons are not elementary particles, but are made up of quarks. A meson is made of a quark and an antiquark held together by strong interaction. The pi meson is highly unstable and is just found in high energy interactions of protons and neutrons. Yukawa interaction or Yukawa coupling is named after Hidenki Yukawa and is defined as a nuclear force the particles according to Yukawa potential. A Yukawa interaction describes the nuclear force between two nucleons mediated by pion or pi meson.

He wrote his autobiography Tabibito (The Traveler) when he was 50 years old. This book is important to the students and historians of science. He discussed his family background, education and most importantly his scientific research collaborations and relationships. Yukawa remained an active part of physics society until his death in 1981.

Note: This article is a part of series of Asian Science Letter about history of Science in Asia. After the series of Asian Nobel prize winners, We’ll Introduce great Asian scientists of their times to promote science. Any suggestions or guest blogs are welcome.